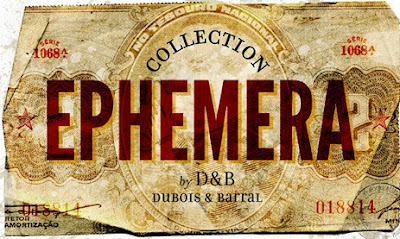 There’s something interesting about writing satire. It’s a way to express a part of yourself that much of the time you suppress—the part that is cynical, that despises the human tendency to prevaricate, our tendency to give in to pride and self-righteousness. I try to make fun of anyone and everyone, and make people laugh along the way. When I’m successful, I am, curiously, both widely admired, and widely despised. I guess it’s in my nature to like that.

In February of 2016, I attended the Napa Valley Wine Writers’ Symposium. For the farewell dinner, which has much in common with the last meal given to death row inmates, I was seated between Virginie Boone and Lana Bortolot. I’d never met either woman. Virginie is, of course, one of the lead reviewers for Wine Enthusiast. She’s a very self-possessed and fascinating woman, with a very difficult job. Assigning numbers to wines. You not only have to know wines, you have to know numbers! So, there you go. I adored Virginie.

Lana Bortolot was attending the Symposium as a freelance writer. I fell in love with her that night. We went from nervous tablemates to sharing a lot of personal stories in about twenty minutes. I may have proposed to her. Several months later, she informed me that she had taken a job as Senior Editor for Wine Enthusiast. Lana is, in a word, brilliant. Wine Enthusiast is lucky to have her onboard. She will make everyone at the magazine better.

In August I won a Louis Roederer International Wine Writers’ Award for my column on Tim Atkin’s amazing wine site. If you’ve never heard of the Roederer Awards, they’re the wine equivalent of the MacArthur Genius Grants, if you ignore all three of those words. (Lana cut that joke from my Wine Enthusiast piece, for which I might have divorced her if I didn’t love her so much.)

Lana proposed to Wine Enthusiast that it would be interesting to hear from me about what it’s like for a guy who spends his life insulting everyone in the wine biz to win an award from those folks. Originally, Lana told me, she was going to have Virginie interview me. But then Virginie would get paid for the piece, not the HoseMaster. Thoughtfully, Lana commissioned me to write a brief piece for the back of the magazine. I noted in a previous post that I’d been published in the March 2017 issue of Wine Enthusiast, but they have only now published the piece online.

For those of you who didn’t read the piece in the magazine, here’s the link:

Frankly, everyone talks about how the wine business needs more satire, but no one publishes any. The only one writing comedy is Matt Kramer, he just doesn’t know it yet. Tim Atkin MW has published my crap for more than four years now, without ever changing a raucous, tasteless, profane word. That has taken courage. I owe him an enormous debt. Obviously, I can’t be that outrageous or tasteless in Wine Enthusiast. But it’s important to be acknowledged. I don’t care about the fame or the money (there isn’t much), but I care about the often under-appreciated art of satire. Being granted space in a mainstream and important wine publication matters to me.

Thank you, Lana. I love you. Thank you Wine Enthusiast for the exposure. And thank you to everyone who reads HoseMaster of Wine™. I don’t do this for you, I do it for my personal demons, but I very much appreciate that you support me.

Email ThisBlogThis!Share to TwitterShare to FacebookShare to Pinterest
Labels: EPHEMERA

Don Rickles is dead. Now there's only you, Hosemaster.

Your Trumpy friend is back to say, bravo. Your wit and talent has given you the recognition you deserve. Nobody writes better wine satire the you, believe me. Oh, believe me. ;)

Ummm SO glad I stumbled across this blog! You're hilarious. You should do a piece on the climate change affecting the wine industry... I would love to hear your voice on that. Apparently the UK is supposed to see an upswing which lots of other parts of Europe are suffering? Smell a conspiracy??

Hosemaster going mainstream! Congratulations on keeping it (sur)real all this time.

I'm unable to read your pieces with hot coffee anymore. Draw your own conclusions.