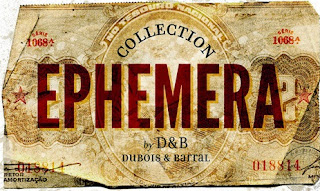 One of my fellow columnists from Tim Atkin MW’s site, Peter Pharos, sent me this response to my previous post. It’s damned funny. I’ve never met Peter, but now I hate him. The only other wine person who’s funnier in print than I am is David Schildknecht—but you have to read his work translated into English. For years, I’ve asked for people to write guest posts for HoseMaster of Wine™, but Peter’s is only the second one I’ve published in, lo, these ten years. Though I do have the funniest common taters in the wine blog biz.

It’s always the stupidest posts that catch on. “Failed Master of Wine Dissertations” seems to have stuck some sort of chord. I’m glad. And I’m really glad I got this free post out of Peter.

The Paris Tasting of 1976: Who the Fuck Cares
While the examination committee considered you have answered the topic correctly and exhaustively, “Stephen Spurrier” is below the required word count.

The Effect of Climate Change on BevMo’s Five Cent Sale
The research paper has to cover a wine-related topic.

Vineyard Dogs: Their Effect on Sales, and Why They Do That Thing With Their Legs When You Scratch Their Stomach Just Like Angelo Gaja Does
Your methodology lacks primary data, specifically any experiments of you scratching Angelo Gaja’s stomach.

Natural Wine: Does All That Hair Get Stuck in Your Teeth
The topic has a very limited scope, as if one drinks natural wine often enough, one is left without teeth.

Sommeliers on Tinder: Always Pick the Second Cheapest One
The work rests on the faulty premise that there is a second cheapest sommelier on Tinder.

Champagne: How They Missed the Boat on the Charmat Process
Have you tried Moët NV? Does it strike you as being fermented in bottle?

If Tastebuds Were on Your Nipples, Would Wines Smell Better Cold
How do you think Tim Hanni tastes wine?

Are Wines Really All That Different: I Can’t Tell Them Apart and Neither Can You
Shhhhhh!

Women in Wine: Is Three Hours Enough Time to Marinate
The topic is redundant, as in the end the man will be picked.

Is Every New Zealand Sauvignon Blanc Under $25 the Same Wine With a Different Label
SHHHHHHHHH!!!

South African Pinotage: Is it Better or Worse than Apartheid
Your work failed to highlight that they were both propped by the English.

Blind Tasting: Party Trick or Desperate Cry for Attention
Your work failed to consider the effects of wearing a pin.

Variety or Varietal: The Predictability of Lower I.Q. in People Who Use Varietal as a Noun
The Institute has a zero tolerance policy towards abuse of its members.

Swartland: Where Swart Comes From
The research paper has to refer to a wine-producing area.

When Austrian Wines Were Considered the Best in the World: What a Day That Was
Your work correctly identified the day as the 11th of March 1940, but did not mention that it applied only in the Axis-occupied World.

By myself, reading, laughing out loud.

Hilarious! Does this duo have a sequel in the works?

Unknown,
No wonder you're Unknown. Laughter is always good, though. Thanks for reading.

David,
I don't think so. Maybe the next time I write something stupid Peter will fix it, too. Yeah, that shouldn't take long.

Really enjoyed his off the wall humor

Unknown,
Like everyone who writes for Tim Atkin MW except for me, he's a very talented writer. Not much of that in the wine writing world.

As a complete non sequitur, I was reading a bunch of reviews of "Wine Country" published on various wine sites and was struck by how vapid and clueless they were. (Peter has an interesting take on the film on Tim's site, one I think misses the point but is well-written anyway.) When I first started HoseMaster, and was focused on wine bloggers, my motto was, "Wine blogging is the attention-barking of lonely poodles." Reading those movie reviews brought that all back to me.

I had thought about writing about "Wine Country," but now I don't care. There's nothing stupid left to say about it.

Many thanks for the kind words! Now, hands up, who wants to see Ron review Wine Country ?!!

Both hands up for a Ron review of Wine Country (please)!

You review books without reading them, your public demands (gently requests) that you do the same with the flick.

We are currently studying the correlation between penile batonage and nipple sensitivity. The results will be published soon in the National Enquirer and may revolutionize online wine purchase behaviors. My wife has pointed out that I often think with the aforementioned appendage, so I am thinking this new lees stirring technique must create a "thinking man's" style of wine. And of course I would be remiss if I did not point out that yeast autolysis releases 5' nucleotides which we all know to synergize umami taste in the wine thus treated. Gotta go, just took my Viagra and have 4 hours to get 100 barrels stirred up.