On the Island of Lost Master Sommeliers 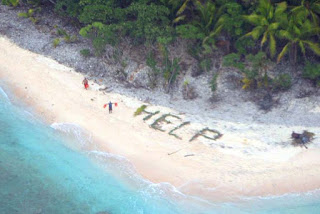 It's been many years since I've been on a wine junket. I can't even remember the last one. I can't even remember the last time I was invited on a free trip anywhere, not counting jail. The same eleven bloggers go on every trip anyway, and, believe me, this is not a good-looking group of humans. Their liver X-rays are even worse. I paid my own way to the Island of Lost Master Sommeliers for this exclusive peek at what happened to the poor souls who were stripped of their MS pins, and what was left of their dignity after the Practical Exam. For the startling exposé, you'll have to jump over to my Home Away From Home timatkin.com. Oh, it's well worth the price.

Feel free to leave your thoughts and witticisms and threats there, or hop the first cargo ship back and bless me with your wisdom.


You can’t find it on a map. Believe me, you don’t want to. It’s one of those God-forsaken places in the world we all do our best as a civilized society to forget. Places like leper colonies, massive Brazilian garbage dumps, death row prisons, and En Primeur week—horrible places populated with the very worst of the unfortunate. You might be able to get in, but, like the inmates, you’re unlikely to get out. There is nothing you can do for those who live there. You can feel sorry for them, but your tears won’t end their exile, their shame, or their struggles with blind tasting. Allow me to take you to the Island of Lost Master Sommeliers.

Greetings from the Isle of Iona Scotland, home of ZERO sommeliers. If you can penetrate their accents, the indigenous population can offer suggestions for the local waters of life, many of which come from surrounding islands. These sacred waters have miraculous effects after insane walking trails at the end of the earth.

Jerome,
I'm amazed the HoseMaster's reach extends to Iona, which I thought was one of Jupiter's moons. Zero sommeliers sounds like a wine blogger conference. But congrats on that. But you mean there aren't any Scotch sommeliers?

Unknown,
Should be S.O.M.S. Ship out Master Sommeliers.

Charlie,
Perfect. But what a lousy view.

Think I peed myself laughing. But, wait, no...if wine comes out my nose, is that considered spitting?

I shouldn't be, but I've been amazed at the stonewalling of the Court of Master Sommeliers, and more amazed by how no one seems to care. Of course, it's not as if there are any actual wine journalists working. Folks who live off junkets and free samples can hardly be called journalists, though they love to refer to themselves that way. It's hardly the Columbia School of Journalism standards, more like the Columbia House® School of Journalism.

It matters. Not that much, it's only wine, but it matters. For everyone to allow it to be swept under the rug is shameful. It calls into question the legitimacy of wine credentials. Well, it would if they had any legitimacy. But only a fool thinks those were the first Master Sommeliers to have cheated on their exams. The wine biz protects frauds in order to save the romance of it. Hell, if it's good enough for Ted Bundy...

I just didn't feel like letting it slide to talk more about saving the planet by drinking natural wines. Plus, I like rattling cages.