HoseMaster: The Origin of the Specious

As a young man learning about the joy and mystery of wine, I spent a lot of time traveling and speaking with winemakers and winery owners searching for wisdom. I didn't know it then, but that's a little bit like searching for humility on Wall Street. Or blind tasting notes in Wine Spectator. Futile. But it was while searching for wine wisdom that the HoseMaster was born.

In the course of being a sommelier and fledgling wine expert (and sommeliers are much more accomplished at bluffing than they are at wine), I had befriended Robert Pepi. Bob Pepi, with the 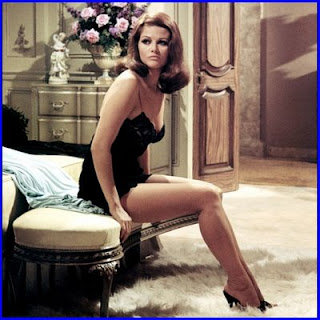 help of the legendary Tony Soter, the pride of Pomona College, had designed and built a winery with his father, Robert Pepi, Sr., on Highway 29 in Napa Valley directly across from Far Niente. Robert Pepi Winery is now a Huckleberry Jackson winery, Cardinale (named for actess Claudia Cardinale, who was briefly married to Jess Jackson in the late 60's but left him when she found out it wasn't true, as he'd claimed, that "8 1/2" was named for his inseam measurement).


I was in Napa Valley visiting in 1986 and had set up a lunch with Bob Pepi. I was supposed to pick him up at his winery. When I arrived at the designated time, there was Bob in his grubby work clothes working the press. "Hey, Bob," I called out to him, "I thought we were going to lunch."


"I just picked these botrytised Sauvignon Blanc grapes," he said, "and I have to finish pressing them. I called and ordered us lunch; it should be here pretty quick."


Bob had never made a dessert wine before, as far as I knew, and he was pretty excited about these ugly, moldy grapes. I wasn't so excited, hell, I had lots of them in my bachelor refrigerator at home growing the sort of stuff you only see between an NBA player's toes or on Clive Coates' reputation. There were a lot of bees and wasps buzzing about, attracted to the intense sweetness of the must Bob was collecting, and the entire winery was sticky as the seats after a k. d. lang concert.


Bob was working diligently, and I was killing time just wandering about the winery.


"I don't know. Start cleaning up or something. The sooner I get done here, the sooner we eat."


So I grabbed the power hose, fired it up, and began hosing down the crush pad. You can see it coming.


After a few minutes of cleaning I yelled up at Bob, "Well, I guess this makes me the hosemaster at Robert Pepi Winery."


A few weeks later I received a gift in the mail. It was from Bob. I opened it up and it was a box of business cards. They read:


And, thus, the legend was born.


Aren't you sorry you asked?

Boy did I have it wrong....had a whole other scenario conjured up in my melon.

I see... so a blogger should get *a winery* to make their business cards!

A lovely story. And maybe even true. But, so sad.

Now, it turns out that you are just full of water.

OK, conjuring melons is what I've been doing with you. We need to get on the same page, a cute one working at NBC.

Yes. You have a better idea?

The story is completely true, and, I agree, utterly disappointing. And, yes, like wine, I'm about 85% water.

There are many Masters of Wine, and a lot of Master Sommeliers, but only one HoseMaster of Wine. One too many.

That only works if you steal the winery's logo to make yourself cool.

On that thought, can't tell you how many folks just use winery business cards with no names on them and claim they work there. Do that with the USPS and it's a felony.

Oh beautiful for specious guys...
*****
The Wine Spectator tasting blind? Ah...Now I understand why you claim they're The blind leading the blind!

I saw Harvey Steiman and James Laube at a recent Oakland Raider's event (can't call them a 'game' since the Raiders play Pop Warner football and their opponents are in the NFL) each buying two of those Raider's pirate eye-patches, purportedly for their (blind) tastings...

The lovely story and backgrounder helps explain why Senior Pepi booted out Junior Pepi in one of those famous Napa Valley wine family imbroglios. The old man, clearly, felt he was being hosed by having a new staff member whose skills were so specialized; kind of like Al Davis having to pay for a place-kicker or "head coach" (better known on the Raiders as the Designated Hitter.

Dear HMW,
You are a bad, bad, bad boy!
Your wine bitch,
Diane

Yes, I am a bad boy. Few know that better than you.